What is Psychiatry
Psychiatry or Neuropsychiatry is the medical specialty devoted to the study, diagnosis, treatment, and prevention of mental disorders. These include various affective, behavioral, cognitive and perceptual abnormalities. Mental health is fundamental to overall health and productivity. It is the basis for successful contributions to family, community, and society. Throughout the lifespan, mental health is the wellspring of thinking and communication skills, learning, resilience, and self-esteem. Mental health problems are real and disabling conditions that are experienced by one in five Indians.

Who is a Psychiatrist
A psychiatrist is a physician who specializes in the diagnosis, treatment, and prevention of mental health and emotional problems. Because of extensive medical training, the psychiatrist understands the body’s functions and the complex relationship between emotional illness and other medical illness. The psychiatrist is thus the mental health professional and physician best qualified to distinguish between physical and psychological causes of both mental and physical distress. Psychiatrists are physicians who specialize in the diagnosis and treatment of mental illness.

Magnitude of Psychiatric Illness
Psychiatric disorders are the modern day epidemic. It’s like the slow knife which penetrates surreptitiously almost unperceivable but silently wrecks havoc in the effected person’s life in specific and overall social and occupational productivity in general. Below is the indicator of magnitude of disability due to psychiatric illnesses which surpasses and well ahead of the burden of illness due to cardiovascular illness, cancer and diabetes taken together like other medical illnesses, mental health range from severe and life-threatening disorders to relatively mild and self-limiting conditions. Approximately 2.8% of the adult population suffers from severe mental health, such as schizophrenia or bipolar disorder, or from the more common, yet disabling, anxiety and depressive disorders or from alcohol and other substance abuse.


The Beautiful Mind: Psychiatric facilities provided by us
At The Mission Hospital, Durgapur we appreciate the fine balance of physical and mental health that fosters betterment into one’s life. In our endeavor to facilitate a better, healthy and balanced life we approach mental health issues with equal zeal through our Psychiatry facilities. The psychiatry unit functions round the clock and responds to emergency cases.
Facilitation is available for Outdoor consultation, Indoor care, and Interdepartmental consultation and Deaddiction facilities with consulting Psychiatrist.
Further, an inter-departmental approach (Neurology, Neurosurgery, General Medicine, Gynaecology etc to name a few) is followed to provide holistic care for the overall well-being of the person. For the same reason, we have a highly integrated network of doctors from various disciplines and specialties to understand your need and respond to them.
Each person is treated uniquely, with different diagnostic and treatment options available, because each person deserves the best care and support.
The state of art diagnostic facilities which includes CT scan, MRI, EEG, NCV, Sophisticated biochemical analysis for drug abuse, complemented with compassionate, empathetic and able psychiatrist makes it possible for us to deliver world class care for psychiatric problems, in our very own town of Durgapur.

Some common psychiatric disorders
Depressive Disorder :- Major depressive disorder (MDD) (also known as clinical depression, major depression, unipolar depression, or unipolar disorder; or as recurrent depression in the case of repeated episodes) is a mental disorder characterized by a pervasive and persistent low mood that is accompanied by low self-esteem and by a loss of interest or pleasure in normally enjoyable activities. The term "depression" is used in a number of different ways. It is often used to mean this syndrome but may refer to other mood disorders or simply to a low mood. Major depressive disorder is a disabling condition that adversely affects a person's family, work or school life, sleeping and eating habits, and general health. In the United States, around 3.4% of people with major depression commit suicide, and up to 60% of people who commit suicide had depression or another mood disorder.
The diagnosis of major depressive disorder is based on the patient's self-reported experiences, behavior reported by relatives or friends, and a mental status examination. There is no laboratory test for major depression, although physicians generally request tests for physical conditions that may cause similar symptoms.


Bipolar Affective Disorder:- Also known as bipolar affective disorder or manic depression, is a mental disorder characterized by periods of elevated mood and periods of depression. The elevated mood is significant and is known as mania or hypomania depending on the severity or whether there is psychosis. During mania an individual feels or acts abnormally happy, energetic, or irritable. They often make poorly thought out decisions with little regard to the consequences. The need for sleep is usually reduced.[2] During periods of depression there may be crying, poor eye contact with others, and a negative outlook on life.[1] The risk of suicide among those with the disorder is high at greater than 6% over 20 years, while self harm occurs in 30–40%.[1] Other mental health issues such as anxiety disorder and substance use disorder are commonly associated.

Schizophrenia and other psychotic disorders: - Schizophrenia is a mental disorder often characterized by abnormal social behavior and failure to recognize what is real. Common symptoms include false beliefs, unclear or confused thinking, auditory hallucinations, reduced social engagement and emotional expression, and lack of motivation. Diagnosis is based on observed behavior and the person's reported experiences. The mainstay of treatment is antipsychotic medication, which primarily suppresses dopamine receptor activity. Counseling, job training and social rehabilitation are also important in treatment. In more serious cases—where there is risk to self or others—involuntary hospitalization may be necessary, although hospital stays are now shorter and less frequent than they once were

Obsessive –Compulsive Disorder:- Obsessive–compulsive disorder (OCD) is a mental disorder where people feel the need to check things repeatedly, have certain thoughts repeatedly, or feel they need to perform certain routines repeatedly. People are unable to control either the thoughts or the activities. Common activities include hand washing, counting of things, and checking to see if a door is locked. Some may have difficulty throwing things out. These activities occur to such a degree that the person's daily life is negatively affected. Often they take up more than an hour a day. Most adults realize that the behaviors do not make sense.  The condition is associated with tics, anxiety disorder, and an increased risk of suicide.

Somatoform Disorder: - is a category of mental disorder included in a number of diagnostic schemes of mental illness. The diagnosis requires physical symptoms that suggest physical illness or injury – symptoms that cannot be explained fully by a general medical condition or by the direct effect of a substance, and are not attributable to another mental disorder (e.g., panic disorder). In people who have been diagnosed with a somatic symptom disorder, medical test results are either normal or do not explain the person's symptoms,

Dementia:- Dementia is a broad category of brain diseases that cause a long term and often gradual decrease in the ability to think and remember that is great enough to affect a person's daily functioning. Other common symptoms include emotional problems, problems with language, and a decrease in motivation. A person's consciousness is not affected. A dementia diagnosis requires a change from a person's usual mental functioning and a greater decline than one would expect due to aging.[2][4]These diseases also have a significant effect on a person's caregivers.
The most common type of dementia is Alzheimer's disease, which makes up 50% to 70% of cases. Other common types include vascular dementia (25%), Lewy body dementia (15%), and front temporal dementia.  More than one type of dementia may exist in the same person.[2A small proportion of cases run in families. In the DSM-5, dementia was reclassified as a neurocognitive disorder, with various degrees of severity. Diagnosis is usually based on history of the illness and testing with medical imaging and blood work used to rule out other possible causes. The mini mental state examination is one commonly used cognitive test.

Drug and Alcohol addiction/dependence:- Substance dependence also known as drug dependence is an adaptive state that develops from repeated drug administration, and which results in withdrawal upon cessation of drug use. A drug addiction, a distinct concept from substance dependence, is defined as compulsive, out-of-control drug use, despite negative consequences.[1][2] An addictive drug is a drug which is both rewarding and reinforcing. ΔFosB, a gene transcription factor, is now known to be a critical component and common factor in the development of virtually all forms of behavioral addiction and drug addictions, 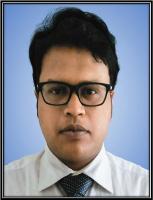 
LEARN MORE ABOUT US 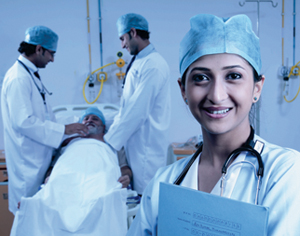 Learn about our services and departments 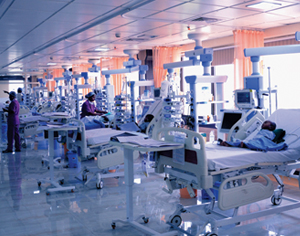 Learn more about the Hospital and amenities available for patients and visitors. 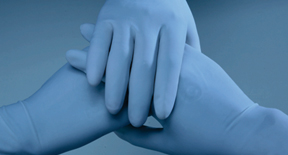 LEARN ABOUT WORKING WITH US

All you need to know before visiting Mission Hospital Durgapur